NEW YORK (ICIS)–The global titanium dioxide (TiO2) market is shifting into a more positive mode and should show improvement in 2020, the CEO of US-based producer Chemours said on Friday.

“We think the market’s starting to improve… I’d say the tide is turning for the TiO2 side right now,” said Mark Vergnano, CEO of Chemours, in an interview with ICIS.

“Ore costs are starting to move up and normally when you see [this], pigment prices start to follow. That’s one indicator,” he said.

Chemours can also get a sense of future price direction through its Ti-Pure Flex Portal – an ecommerce platform where customers can see prices and volumes available for particular grades, and delivery options. Deliveries can be for today, or further out in time.

“Our Flex pricing out in time is higher than our Flex pricing for right now. That’s a good indication from us that we expect prices to increase as the year progresses. We have the ability to move that on almost a daily basis based on what the market looks like,” said Vergnano. 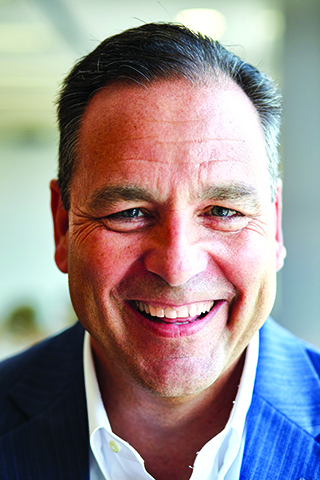 “Our market indicators [for TiO2] have been in positive territory for several months now, and we’re starting to see more of that across multiple geographies. So we’re feeling really positive about the year from a demand perspective,” said Mark Newman, chief operating officer of Chemours, on the company’s Q4 2019 earnings conference call.

Chemours’ titanium technologies segment saw Q4 2019 adjusted earnings before interest, tax, depreciation and amortisation (EBITDA) plunge 42% year on year to $115m on 8% lower sales of $610m for an EBITDA margin of about 19%.

Margins declined on reduced production rates versus the prior-year period. However, volumes were up slightly versus Q3 in a seasonally slower Q4. Pricing was down just around 1% year on year.

Vergnano sees the first quarter likely being the weakest for 2020 for TiO2 as high-cost inventories resulting from lower operating rates in late 2019 are worked through.

“I think we’ll see [EBITDA margins] returning to the mid-20s as the year progresses and eventually beyond that going forward, so we see ourselves heading to… the mid-20s by mid-year,” he said on the conference call.

ONLINE FLEX PORTAL GAINS
Chemours’ TiO2 volumes sold on its Flex Portal have grown significantly over the past year to where it makes up about half of the volumes not sold through its Assured Value Agreement (AVA) contracts which offer price stability and security of supply. The rest are sold through distributors.

“People are understanding [Flex], utilising it, and we can put prices in for today, for three months out or six months out. So that’s getting well understood and it’s allowing us to really get our plastics and laminates customers that we lost market share with, back,” said Vergnano in the interview.

“We like our contracts to be in the 50%-plus range. But I think you’re going to see a shift between Flex and distribution as we move forward,” he added.

The CEO compares the Flex Portal to Amazon, where the company can get good data analytics and better understand how people interact with the platform and what triggers or motivates them to buy. The company has introduced a loyalty programme on Flex for certain customers as well.

“We’re evolving on our knowledge of the portal and on the knowledge our customers are gaining on it. This is a very new way to buy TiO2 for a lot of folks – not only for existing customers but we think we’re attracting some new customers,” said Vergnano.

The Flex Portal is ideal for customers that don’t want to lock in prices for a long period, but have a clear picture of what their needs are, he noted.

“It really puts power in the customers’ hands – to give them some really good choices. We’re also… using analytics to help them be better buyers and also be more loyal to Chemours going forward,” said Vergnano.

Chemours is also deploying AI (artificial intelligence) in analysing data from the site to evaluate buying behaviour, how people are attracted to the site and how sticky usage is.

“It’s just going to make us smarter but at the same time, hopefully help our customers as well so they don’t have to be guessing around about [the TiO2 cycle],” said Vergnano.

“What we’re trying to [help] avoid our customers having to do is build inventory they don’t need. This industry has been famous for heavy stocking and heavy destocking which really creates these big cycles. We’d like to help dampen those cycles by allowing people not to have to worry about… [guessing] in front of a cycle, either up or down,” he added.