In China, the 1st “working” week this year (civil servants went back one week earlier) after extended holiday of Lunar New Year started on 10 Feb., people went back to work extensively in cities across China amid suspicions that the resumption might be hasty and over-optimistic though figures of the confirmed and suspected cases suggesting that situation is not as much severe as that of the past weeks. But in metropolitans like Beijing, Shanghai, Guangzhou, Shenzhen and so on, passenger compartments of public transportation means such as public bus, metro are crammed with salarymen and commuters may expediate spread of virus and put those cities at increasing risk of human to human transmission.

Under such circumstance, China’s tio2 industry is now unsettled and severely suffered from pandemic along with its upstream and downstream industries. This week in Chongqing city, southwest of China, a tio2 plant belongs to Pangang Group was imposed quarantine after two of their workers were confirmed with coronavirus infection, which led to a production suspension in the following two or three weeks, their capacity is 100kt/a of rutile grade from sulphate route. Meanwhile, one of the top 3 largest tio2 producers is now operating merely at half of its capacity. Identical situations are seen at other factories in Shandong, Jiangsu, Anhui, so on and so forth.

The upstream industry is not immune from present adversities, Panzhihua city in particular, the world’s largest production base of ilmenite (one of the primary feedstock of sulphate route tio2), local dressing plants are largely suspended according to decree of municipal government in fighting pandemic.

In respect of downstream, domestic end-users of tio2 are mainly clustered in costal cities/provinces like Shanghai, Jiangsu, Zhejiang, Guangdong, they rank top of the list of confirmed cases at province and municipality level, or regarded as areas in danger of the 2nd outbreak other than Wuhan, Hubei province. For they share a feature as being densely populated and population inflow over there is as many as millions, so much so that local governments spare no effort to put in place various measures to cut off epidemic transmission, i.e., enterprises somewhere have been notified to wait until 17 Feb. to restart, further extended from the previous 10 Feb., those went back to work this week are controlled by license and under strict inspection, migrant workers are required to shut in themselves within 14days after their arrival at city, before being granted the permission of getting back to position… All of these will in turn contribute to drops in output at downstream industry then dwindling demands for tio2.

Last but not the least, logistics service is most concerned by all parties nowadays because road transportation esp. interprovincial one is almost blocked off except for freight of supplies serving fighting epidemic, it results in short supply of feedstock and mounting stock at factory warehouse. This may explain why some anatase producers in Guangxi are forced to stop production, its impact will be sensed from shortage of anatase supply . Railway transportation is alternative choice but the last “one kilometer” is the key of solution. In terms of international logistics service more precisely that of export, some liner companies reduced voyages or temporarily called off several liner routes, which will keep affecting tio2 export maybe till the end of the month. And if problem like this persists, more and more inland tio2 factories will be pushed to brink of production suspension. Yet in the perspective of importers of China’s tio2, shortage of supply may come in late Feb. and Mar. on overseas market because relatively much less containers were shipped out after 23 Jan. China accounts for 50% of world’s tio2 output and satisfys a quarter of demand outside China. To say the least, overseas market will be affected by black swan in the following 20 to 30 days, particularly in India, Brazil, Vietnam, Indonesia, Turkey… 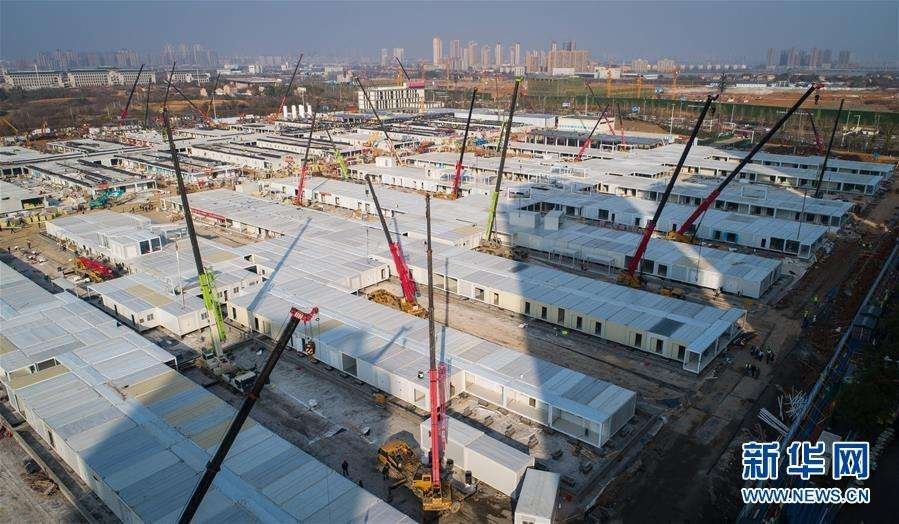 Given the above, we think China’s tio2 output of Feb. may decline by 20% ~ 25% from the same time last year. Have to say it is a tough season as in Feb. When looking into the future market of tio2, revival is expected to appear when the virus fades, just like growth rebounded swiftly after another coronavirus SARS was contained in 2003. As the world’s second-biggest economy and a highly mobilized country, you see the 1000-bed hospital built in 10days in new year holiday, China is capable and experienced to put forward a package of stimulus measures rebooting its industry. So long as the economy foundation remains intact, China will be able to ride out the storm. With the epidemic ends and the vitality emerges.